Not Bad for a Potato State 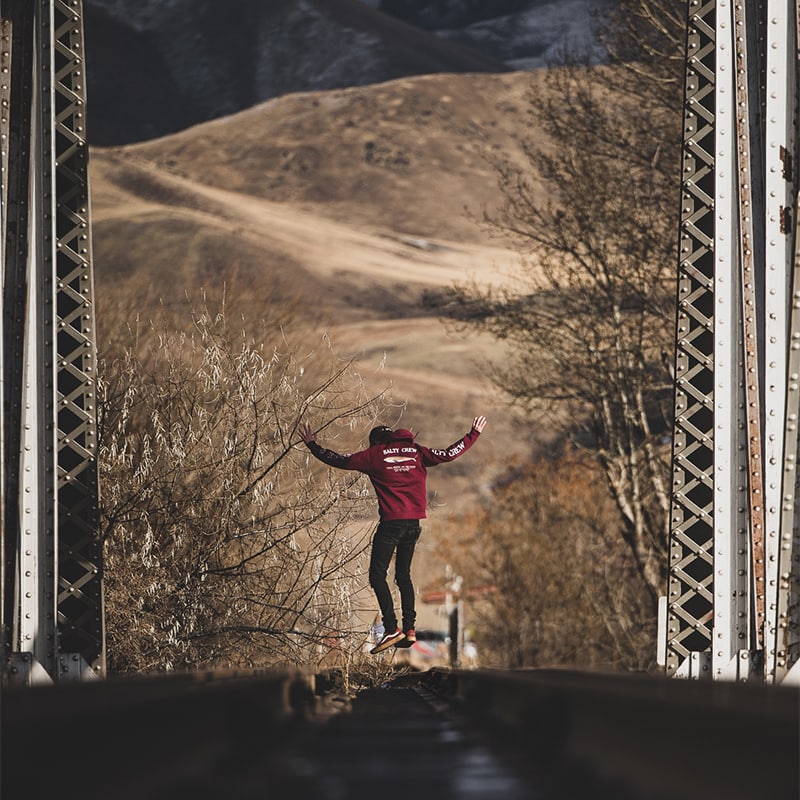 Idaho, it doesn’t seem like much at first glance. Beautiful hills, yes. Land to farm and plenty of potatoes, yes. Conservative? Safe? Peaceful? Yes, yes, and yes. But it’s still just a potato state. Or is it?

My name is Austin Tolpin. Some know me as a photographer, digital nomad, thrillseeker who always gets hurt and needs to chill, the kid from a rather large family, and a Christian. While all of the above is true and more, at the end of the day, I’m just an Oregon boy seeking to live a full life and bring glory to my heavenly Father every chance I get. “Oregon boy?” you say. Indeed I am, or, I was. I guess it’s high time I start calling myself an Idahoan.

Nine weeks ago my family and I left Oregon and made the move to Idaho. My initial posture towards this idea was “Idaho? Why would we move there? Isn’t it just a potato state?” As a teenager who had an amazing community in Oregon and a life he quite enjoyed, this attitude was to some extent justified, but nonetheless, biased with little open mindedness. Idaho is indeed known as the potato state and will most likely carry that reputation into the foreseeable future, I mean, our potatoes are exceptional, but it turns out Idaho is a hidden gem of the U.S. and I’m here to let you in on it’s secrets.

Over the last nine weeks or so of living in this potato state, my view and overall opinion of Idaho has been completely obliterated! It turns out, Idaho is one of the greatest states on the map. With mountain ranges comparable to the Grand Tetons, hills that roll forever framing our sunsets with utmost composition, waterfalls, hot and warm springs, lakes and rivers, trees, and thriving wildlife everywhere! Just the other night there was a herd of about 200-300 elk in my backyard! I thought I would be bored in Idaho but I am finding myself more active here than I ever was in Oregon! In Idaho, we have activities available year-round! From hiking, biking, swimming, boating, camping, fishing, and more, to skiing, snowboarding, ice skating, and plenty of indoor activities! Idahoans truly know how to have fun and that’s coming from someone who hasn’t even experienced an Idaho summer yet! I could go on and on about the beauty of Idaho and all the things you can do here, but I’ll keep it short for time’s sake.

I wouldn’t want to be raised in any other state. As a teenager, community is very important. And let me tell you. Idaho is loaded with kids, communities, and schools that provide an exceptional education. Before I knew it I had already found community and friends. Idaho is also one of the safest places I’ve been to. I have never, whether in the big little city of Boise or the tiny towns with a population of 800 people, felt like I was in danger. Idahoans are a different breed! The people here are so kind and welcoming. Coeur D’Alene, Idaho is number 12 in the nation for most small businesses! This brings me to my final point.

Idaho is free! Yes, as Americans we have “freedom” no matter where we live in the United States, but let me tell you, Idaho sets the standard when it comes to freedom. I like to think of it as the state of self-responsibility because here in Idaho, you reap what you sow. I often tell my friends back in Oregon that “You can smell the freedom here.” And it’s true! The freedom you have as an Idahoan is so apparent that you can almost smell, hear, or touch it! Here are just a few examples: Idaho has the least gun regulations (and our crime rates are very low). Idaho also has very little regulation on small businesses which has allowed Idahoans to flourish and build lives that we never need vacations from. So there you have it. Idaho, through the eyes of a teenager who not too long ago thought Idaho was nothing more than a potato state.

Did you know that Wallace, Idaho is the center of the universe? Not bad for a potato state.