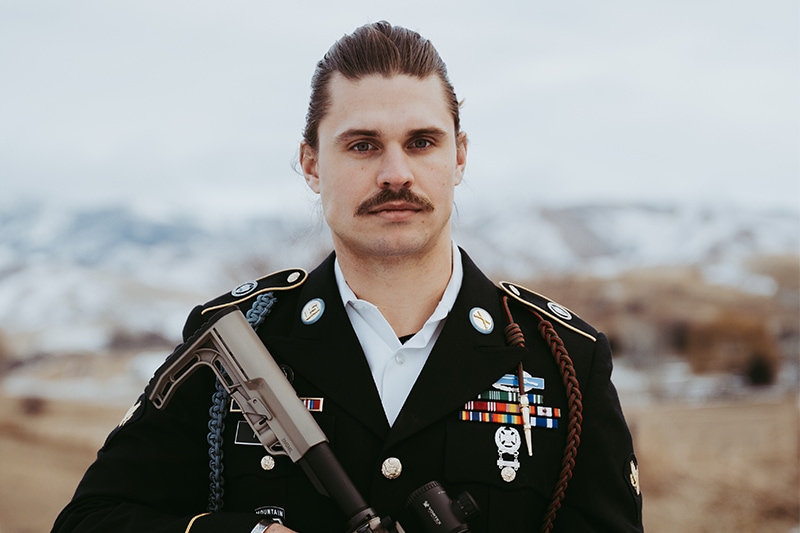 At Idaho Wild we unapologetically love our country and support our troops. Today we are honored to introduce you to Idahoan native Austin Nolin, a 27-year old veteran who was in 10th Mountain Division, 2-30th Infantry Battalion.

Thank you Austin for your service, and thank you to all our American heroes that fight every single day to preserve the freedoms that we have in this great country. We appreciate you, we salute you, and we honor you! May God bless you and your families – and may God continue to bless America!

When did you enlist in the army?
I enlisted in 2010 right before my senior year of high school.

What do you remember about the day you enlisted?

I remember my mom crying as she was signing the parental waiver. I was a minor so I had to have a waiver allowing me to join the delayed entry program.

How did you tell your family and friends that you were joining the military?
It was a normal conversation really. They knew I always wanted to join the military.  When I was a little kid I would play soldiers, watch war movies, and I had family in the military. I always knew it was something I wanted to do. When high school came around and it was time to make the decision, I knew I would live with regret if I didn’t enlist. I made the decision, and signed up for the delayed entry program.

What were some of the reasons that you joined the military? How did you choose your branch of service?
I knew I wanted to be infantry in a combat role. I wanted to be on the front lines. It was marines or army because they were the only ones that had infantry. Originally, I wanted the Marines because it is a smaller group. However, I had my spleen removed when I was younger which disqualified me from joining the Marines. My spleen was also a disqualifier for the Army, but I was able to get a waiver allowing me to enlist.

How did you imagine military life before you joined? How did your perceptions change after serving?
Before I had a skewed perspective. You underestimate what it is like. All you know is war movies and the brotherhood stories. The civilian world has access to a glorified version of the real thing. The first things I really thought about were bravery and sacrifice. Thinking of others before myself. Soldiers before me allowed me to live the lifestyle that I had been given and the options available to me. It was dangerous but exciting. You are basically signing a blank check for your life and hoping you come out on the other side alright. I quickly realized how different and difficult it actually was. You see the glorified stuff in movies, but no one really tells you what you go through to get there. It was my first time being on my own, away from my family. They cut you off completely from the outside world. It was very isolating. You realize very quickly it’s not all movies and glory, but it’s about breaking you down and building you back up. 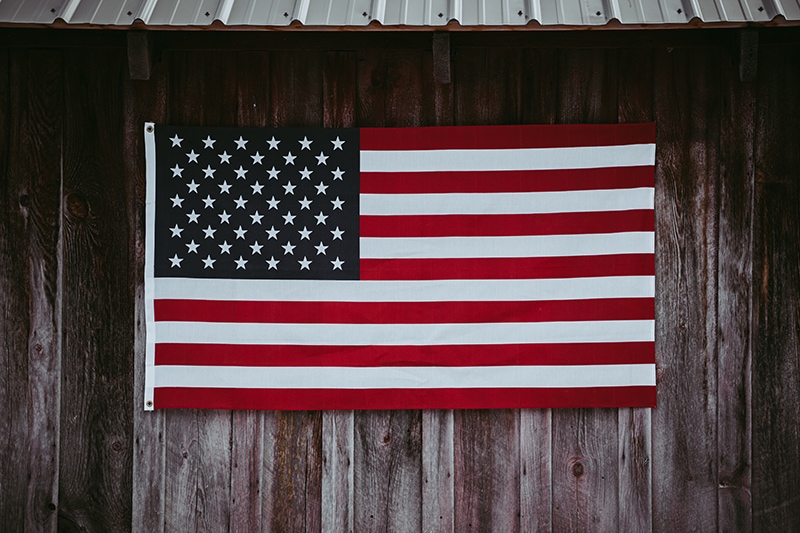 What are some of the things you remember about adapting to military life?
It’s just something you have to do and if you don’t, you get dropped. You have to adapt. It’s very structured. In the beginning, boot camp and basic training is just a mental game. You have to realize it’s a game and you can’t let them beat you at the game by learning what to do, how to do it, when to do it, and pretty much not mess up. You do what they say and try to win that mental chess game of basic training.

My grandfather was a veteran, I knew there were times he wanted to quit but he didn’t. He was my motivation to keep going. If i quit, there was no way I could look at him and my family in the face and tell them I couldn’t cut it.

Where did you serve?
I did a month in Kazakhstan participating in Operation Steppe Eagle. This was a NATO multinational training exercise to improve alliances and regional stability.  I also served 9 months in Afghanistan between FOB Fenty in Jalalabad and Torkham along the Pakistan border. We were tasked with advising local military and police forces and making our area of operations more secure for locals and American personnel

How did you stay in touch with family and friends back home?
I tried to stay in touch with them as much as I could. Communication was usually through email or Skype. We had a little hut with wifi and about 4 or 5 computers that you can use. I tried to call once a week, if possible.

Can you describe how you felt coming home from combat?
It was pretty surreal. It felt like you were waking up from a bad dream. The type of feeling you get when you wake up from a bad dream and know it’s over but you are still thinking about the bad dream. I was so excited to be home but it was hard to grasp that I didn’t have to go back over there.

Was there anything or anyone that helped you during the transition from military to civilian life?
The army does a program called ACAP, which is a transition period when you are coming to the end of your contract. Internally, I went through that process. They give you resources to lean on and help you build a resume. I got out in November 2014 and started college two months later. I was used to a super structured lifestyle so for me I transitioned by staying structured and busy. There were two months between returning home and going to college and I was getting super restless during that time. I needed something to work towards to not lose my mind. College was that structure for me.

What did you learn about yourself?
Being in the army developed my work ethic and focus. Going straight from high school, it kick started my life by preparing me for the real world. I learned that nothing is hard, just new. You can succeed at anything you just need to apply yourself.

Is there anything you wish civilians understood about military service?
I feel like there is a misperception of veterans or the military, and people think they’re crazy. It’s just a bunch of normal people that like to have fun and want to be happy. They have families. They had a calling that they chose, it was all voluntary and they are good people for the most part.

Any words of advice for anyone considering enlisting?
Know why you’re enlisting because that will be what helps motivate you through the hard times. My second piece of advice would be to give it everything you have. Make sure to take every opportunity given to you whether you plan on making a career out of it or not. Take the opportunity to test yourself and push yourself outside of your comfort zone.

Memorable experience that happened while being deployed?
We were at governors palace because we were doing an advising mission. I was pulling security and some of the kids of the local families were around us. They were fascinated by us and were playing with us. They brought us sandwiches and chai tea. That was one of the first positive encounters I had with the locals. It put it in perspective to see how much we actually have as Americans. These kids would do anything to have the opportunity to go to school, or play in a neighborhood and all they know is war. It made me realize how much we take for granted.